We will rock you, Haywards Heath!

One of the country’s most definitive Neil Diamond tribute bands will appear at Haywards Heath’s Proms in the Park this summer, as part of a Friday night double bill which will also include an internationally-renowned Motown music show.

Fans of classic tunes such as ‘Sweet Caroline’, ‘Hello Again’ and ‘Love on the Rocks’ will be treated to faithful covers of all their favourite songs, performed by Brooklyn Creed & The Salvation Band and accompanied by the Brooklyn Horns and Ascending Strings.

Dubbed ‘The Voice of Diamond’, the show will take audience members on a musical journey through Neil Diamond’s glittering 50 year career, mixing together evocative imagery, video and narration along the way.

It offers fans the unique opportunity to experience Diamond’s impressive repertoire in a live setting, after the renowned US musician announced his retirement from touring in mid-January.

Sharing the stage on the night is Roy G Hemmings’ “Motown Show”, after his successful career as the longest-running member of The Drifters.

Featuring hits such as ‘Baby Love’, ‘Dancing In The Street’, ‘My Girl’, ‘I Can’t Help Myself’ and ‘I Heard It Through The Grapevine’, the concert promises to cherry-pick Motown’s greatest hits for an unforgettable evening of entertainment.

The double bill announcement expands the already impressive roster of talent scheduled to perform at It’s Magic Events’ Festival of Music in July. Katherine Jenkins will headline the festival on the 14th July, while Queen Tribute band, The Bohemians will also perform alongside The Brass Volcanoes on 12th July.

It’s Magic Events, together with the Haywards Heath community, hosts Proms in the Park every year to raise funds for local good causes. This year, they will be supporting Woodlands Meed School for Special Needs in Burgess Hill, Kangaroos Fun Disability Clubs, and Sussex Autism Support.

Tickets for the Friday night double bill cost £20 online and £25 on the gate. To find out more and book, visit: www.itsmagic.org.uk or in person from Broadbridges on Sussex Road, Haywards Heath. 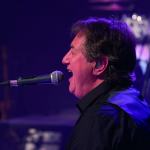